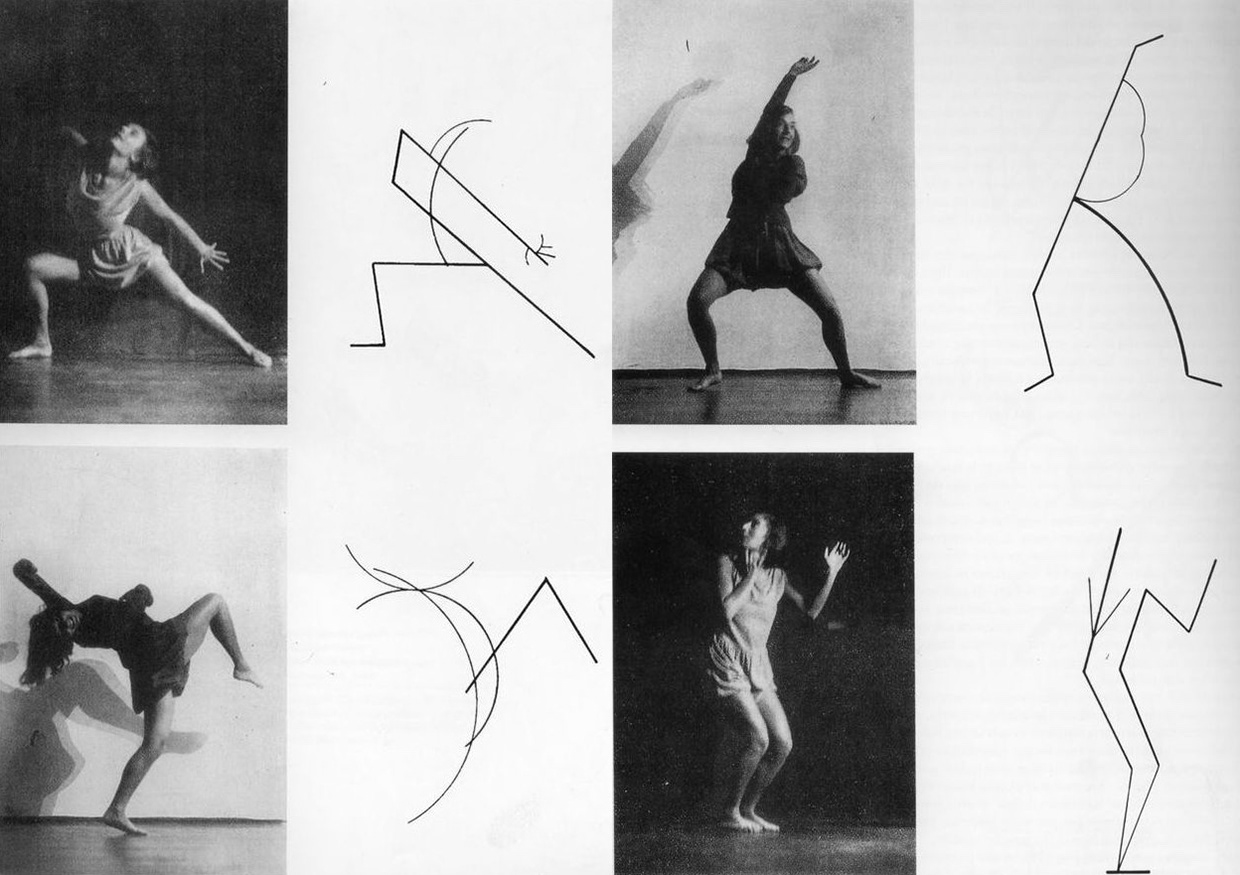 DANCE. Expression through movement as something performed and as something that inspires — dance dates back to the beginnings of humankind.

Archaeological movements and findings have given us records of the representation of dance in India more than 9000 years old. Egyptians visually choreographed illustrations of dance, as far back as 3000 BC. Historians have suggested in synchronicity that dance has played a pivotal role in transmitting history, well before the invention of written languages.

Dance is central to human expression. As such, dance has often earned the spotlight on visual art’s stage. And today, again.

Here, we use simple footwork to explore a few examples of the marriage between dance and fine-art in more recent history…just the past century or so.

As a young dancer, choreographer Martha Graham went to view a private art collection and saw, for the first time, a painting by Vassily Kandinsky. In its most abstract form - it struck her as a brilliant streak of red against a field of blue. Looking at this canvas, she said to herself, ''I will dance like that.'' She determined to make a dance that would express this.  Diversion of Angels is that dance, and the Girl in Red, dashing across the stage, is the streak of red paint bisecting the Kandinsky canvas.

Collaborations between choreographer Merce Cunningham, composer John Cage, and visual artist Robert Rauschenberg deeply informed the postmodern experimentations of Judson Dance Theater. The collaborative relationship between Cunningham-Cage-Rauschenberg began in 1954 with Theater Piece No. 1, an untitled event organized by Cage at Black Mountain College. Rauschenberg would go on to design sets, costumes, and lighting for over twenty of Cunningham’s choreographies including Minutiae (1954), Summerspace (1958), Antic Meet (1958), and Travelogue (1977).

Alex Katz developed his highly stylized aesthetic in the 1960s and found his own, unmistakable resolution between formalism and representation. Since that time, the American painter has been continuously inspired by dance, influenced by his long-standing collaboration with the modern dancer and choreographer, Paul Taylor (1930-2018). Here, Katz explores the immediacy of gestures and movements through the medium of painting.

In the contemporary art world we see choreographers exploring this relationship within the museum setting. Sarah Michelson (b. 1964) is a choreographer living and working in New York. She asks, "where does dance reside in the dancer's body?," and, "what is the dancer's relationship to performance?" For Michelson, dance is an act of devotion—a sentiment that spurred her series of the same name. Place and aesthetic is highly important to Michelson's work. For her piece Dance 4, performed at the Whitney Museum, Michelson collaborated with curators Jay Sanders and Greta Hartenstein to create a dance floor made of 220 paintings, inspired by the architecture of the Whitney's previous building on Madison Avenue.

More and more we are seeing a shift in the venue for contemporary dance performance. Getting rid of the stage aspect of dance breaks down the distinction between dancer and audience. Oftentimes, There are no seats, so viewers stand at different angles and move around to view the performance as they would a sculpture or installation.

Brennan Gerard and Ryan Kelly collaboratively make dance performance installations in museum settings to investigate the relation of a couple, and critically evaluate modes of intimacy. In their ongoing project P.O.L.E. (People, Objects, Language, Exchange) they incite conversation through a series of performances and public events in gallery spaces. The performers in the piece are New-York based dancers from a variety of backgrounds and disciplines, from street dance to subway pole dancing.

What resonates is that the merger between dance and art is widening the breadth of aesthetic possibilities with which we see the world, and often, radically. This perfect union allows us to explore our own identity and the function of our respective bodies within this shared space and existence.

Dance has made its grand entrance to the white cube, and it’s here to stay. Let's continue to support this beautiful cross-pollination, one step at a time.

Stay tuned for an exciting announcement in the coming week that will allow you the opportunity to partake in the exploration of what happens when fine art and dance meet.

Thank you for reading this far. Questions or comments: emily@mcelwreath.co